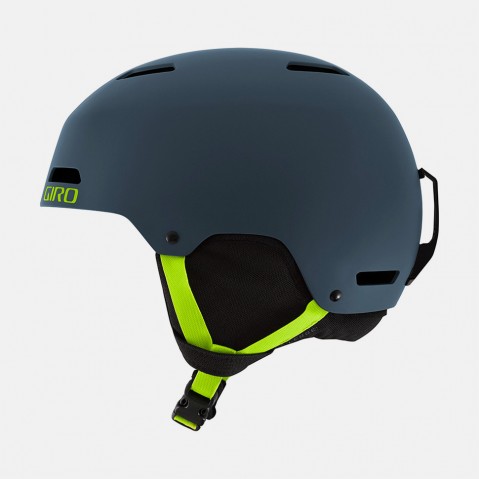 In racing, there are no points for style. There is only one truth: The fastest time wins, which would be simple if it didn’t also require chasing the fall line down a sheet of ice that is, at times, nearly vertical – at speeds of up to 90 miles per hour, at the very edge of control while arcing a tenuous line, from gate to gate, on razor-sharp skis.

Giro saw the need for a new kind of helmet to meet these demands and focused the brightest minds in the industry (what we call our Advanced Concepts Group) to create that helmet—the Avance MIPS. Its very name means “advanced” or “progress” and what you see here is, without a doubt, the most advanced helmet Giro has ever built.

Giro entered snowsports in alpine racing at the 1998 Olympic games in Nagano, Japan, and our helmets have gone on to win at the highest level. This legacy influenced the design of Avance MIPS and we also used feedback from key riders including the most decorated downhiller in U.S. history, Daron Rahlves. With four trips to the Olympics, 28 World Cup podiums, three World Championship medals, an X Games gold, seven national titles and a Hahnenkamm Downhill victory under his belt, Rahlves’ input on the Avance MIPS proved invaluable.

Construction:
MIPS SPHERICAL - An evolution of the Multi-directional Impact Protection System. With this exclusive-to-Giro design the two layers of EP-Premium foam become the essential components of the MIPS low-friction layer (along with a pair of elastomeric attachme
Features:
X-Static ® Anti-microbial padding, Seamless Compatibility with all Giro EXV goggles, Travel case included